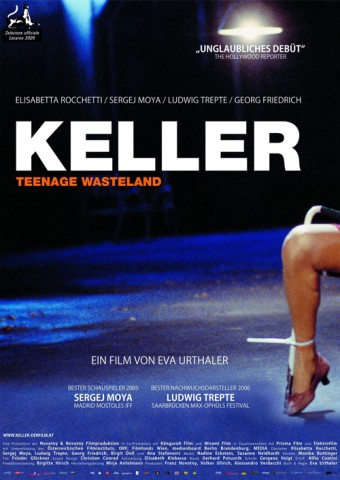 Aged around 15, Sebastian and Paul quickly become friends and start spending their spare time in the teenage wasteland of the urban outskirts. Their schooldays are empty and their parents only ever seem to exude indifference and callousness, however, these are not the only reasons for their drinking, revolting and stealing to prove their courage.

They are rather motivated by the craving for the ultimate kick and the constant search for their own limits. And it is their youth as well as their wolfishness which makes them so attractive for each other. They construct their own small world in the deserted garage of Sebastian's father in which they hang the walls with pictures of naked girls. Sebastian increasingly dominates their friendship because he is always prepared to go one step further. One step too far. More out of accident than intent, they kidnap a woman in her early thirties called Sonja and the situation gets more and more out of control. Paul starts to gradually distance himself from Sebastian because he feels attracted to Sonja, shows empathy for her situation. And Sebastian? Spurred by the effort to prove himself to Paul, to act as Paul's big Sebastian and not to show him that he has actually fallen in love with him, Sebastian, who is both hurt and jealous, gets increasingly unpredictable. And then Sonja is discovered missing by her boyfriend Chris. He finds the garage...and accuses Sonja of being the only one to blame for the situation she is in. He finds it unbearable to appear weaker than his girlfriend and in this decisive situation he fails to stand up for her.

Sonja realises that she has actually wanted to separate from Chris for a long time. By unhappy coincidence, four persons find themselves penned up in a small room with the need to redefine themselves, to fully recognise their own potential and personality. However, is this feasible if one of them keeps toying around with his father's pistol playing Mr. Big Shot when all he wants to get is the respect of his friend? Then suddenly the pistol goes off. And nothing will ever be the same again.